Now, don’t get me wrong. I don’t want Series 11 to suck. Maybe, by the tone of everything I’ve written about Chris Chibnall, Series 11 and the Thirteenth Doctor so far, you might be under the impression that I’d be privately happy if Series 11 crashed and burned. Only then, you might think I might be thinking, will Doctor Who’s powers that be realise their folly and put Doctor Who right. Nope. I don’t want Series 11 to suck. I don’t even think it will suck. I think there’s every chance it will be a great, roaring success. But I think there’s equally a chance that it could suck. A bit like Brexit, the thing could go either way, and it’s really difficult, at this point, to predict which way.

The key thing is Chris Chibnall’s apparent willingness to be bold. There’s no more conspicuous evidence of this than his decision to regenerate Peter Capaldi into Jodie Whittaker, but most recently we’ve learned that Chibnall had cast out all of Moffat’s people and brought in an entirely new batch of people to write, direct, produce and set to music Doctor Who. Even before the sex of the Thirteenth Doctor had been revealed, we knew that Chibnall was seriously toying with radical ideas to shake up Doctor Who’s format (before settling for probably the least interesting possibility of a series of ten single episode stories). If nothing else, this tells us that the person in whose vision Series 11 will be molded wants to do Doctor Who differently to how it’s been done, at the very least, in recent memory. That means being bold.

Boldness is good. Boldness is the opposite of timidity, predictability and staleness. Boldness is the opposite of boring. If there’s something Doctor Who should never be, it’s stale and predictable and boring. Doctor Who is supposed to be the antidote to staleness in television. It’s supposed to be bold and daring and it’s supposed to set the imagination aflame and do something radically different from the usual bland diet of undifferentiated soap operas and detective dramas. If a show about an immortal alien who can go anywhere in time and space isn’t going to be bold, then what exactly is the point of it?

To be candid, if Chris Chibnall really is trying to make a clean break from what Doctor Who has been for the last thirteen years successively under Russell T Davies and Steven Moffat and blaze an exciting new direction for the show, then I’m broadly in support of the Chris Chibnall “project” in boldness. I think he has the right idea in this respect, because it really has come time for Doctor Who to reinvent itself.

I adored Steven Moffat’s Doctor Who, but I’m not an average member of the audience. Under Moffat, the show was steadily losing viewers and increasingly becoming a cult fandom. Simply put, people had become bored with Doctor Who, bored of seeing the same thing every week. Bored of the bloody Daleks all the time. The characters may change every couple of years, but the show basically stays the same, and had stayed basically the same since it returned to the screen with what was then a new lick of paint in 2005. Steven Moffat did a lot differently from Russell T Davies, but the Doctor Who he made was still basically the same show that Davies made, and an average member of the audience, the valorised “casual viewer”, who didn’t know who Russell T Davies and Steven Moffat were, wouldn’t be able to tell the difference between Davies’ Doctor Who and Moffat’s Doctor Who.

In Moffat’s final years, he seemed to recognise that the general audience was growing bored of Doctor Who, and he played increasingly to the fandom — people like me — rather than vainly trying to appeal to a broad general audience (although there was a last gasp attempt at doing this in Series 10).

Ironically, I think the female Doctor decision looks more like a symptom of Doctor Who’s crisis of staleness than anything resembling genuine boldness. Here is a show that had been making basically the same twelve episodes every year since 2005 and which people were increasingly becoming bored of. The big, scary “cancellation” word was being thrown around with more and more seriousness. To remedy the problem of staleness, Doctor Who could sit down and think about how it could reinvent itself to return anew and regenerated, like it did in 2005, or, alternatively, it could perform a cosmetic but attention-grabbing change, like changing the Doctor’s gender, which would buy it a couple more years to continue going on making the same 12 episodes every year as before, just with a woman playing the Doctor now instead of a man. 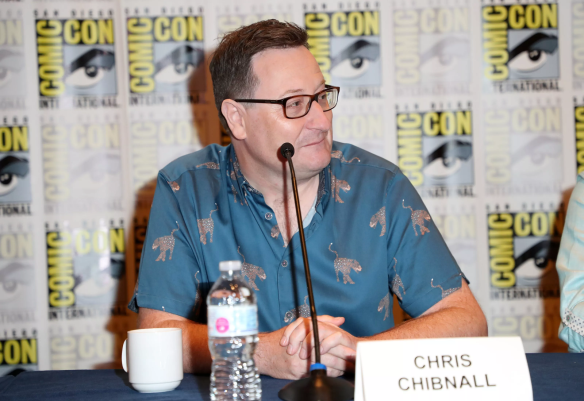 I don’t know if that’s going to happen. I’ve no doubt that, if Steven Moffat had been the one to bring in a female Doctor, this is exactly how it would have gone down. A female Doctor would have been a superficial panacea to temporarily bring back a few eyeballs while nothing substantive would have changed. Chris Chibnall, at least, has shown a willingness to revamp and reimagine the show and do things differently. But I don’t know if he’s going to do enough to dispel the charge of staleness and justify another 13 years of Doctor Who. I don’t know if it’s possible to get out of the rut Russell T Davies and Steven Moffat have dug Doctor Who into over the last 13 years. There needs a properly radical and paradigm-shifting departure from the Doctor Who of Davies and Moffat to justify the show’s indefinite continued existence, and it remains to be seen whether Chris Chibnall is up to the job.

So what if Series 11 sucks, then? What happens if the new regime produces something that’s either boring or bad? Chibnall’s brave new era will be off to a terrible start, and it will be difficult to justify continuing the show, at the very latest, after Jodie Whittaker exits. If Series 11 is bad, the female Doctor experiment will be pronounced a failure and cancellation will be openly discussed. If Series 11 is simply boring, the initially high viewing figures borne on interest in the female Doctor Who will quickly dissipate and return to normal (ever-diminishing) levels, and cancellation will still be on the cards, albeit a few more years down the line. If the drastic changes needed to revive the show aren’t made and the show continues to be boring, viewing figures will continue their downward trajectory and, at some point, the show will be cancelled.

I don’t think that’s necessarily a controversial thing to say. At 13 years, Doctor Who has run long past the typical lifespan of a TV drama. That’s because it has the capacity to continually swap new actors in and because it doesn’t have a narrative “end point”. We could keep on following successive incarnations of the Doctor around forever, if we wanted. But that doesn’t mean that even a show like Doctor Who can’t reach its use-by date in the minds of the audience, especially if it doesn’t seem to change very much during its occupancy of its weekly time slot.

If that’s the case, I’m actually not sure that temporary cancellation would necessarily be a bad thing. Maybe it’s what needs to happen. Maybe a show like Doctor Who needs these occasional hiatuses when it gets into a stale rut it can’t break out of, to return years later from its spell in purgatory renewed and regenerated. Would anyone deny that the show’s cancellation after 1989 was, ultimately, for the best? If it weren’t for 1989, we wouldn’t have had 2005 and everything Doctor Who has been since it returned from its banishment. Maybe this version of Doctor Who — let’s call it Doctor Who 2.0 — has reached the end of its natural life and should be peacefully put to rest while it still has its dignity. Then, after an appropriate amount of time has passed — I would say 10 years at the least, long enough for people to miss it — it can come back a shiny, brand new show, Doctor Who 3.0, and preferably looking very different from how it did before, like it’s 2005 all over again.

Or maybe I’m wrong. There’s always that possibility, too. It’s just that I think it’s impossible that, without a radical overhaul, the show could do anything but continue to lose viewers from this point. Jodie Whittaker may well end up being a sensational, fan-favourite Doctor, but the whole female Doctor thing is ultimately an attention-grabbing gimmick that won’t, on its own, bring viewers back long-term. The show’s high water mark was the end of the Tenth Doctor’s era and the first two seasons of the Eleventh Doctor’s era. Since then viewing figures have been in freefall, especially during Capaldi’s era. It’s hard to see how the show could return to that level of popularity and cultural heft if it carries on just as it is, short of regenerating the Doctor back into David Tennant.

I might just end by saying that, out of the two alternatives I foresee — that Series 11 is bad or boring — I think it much more likely that Series 11 will simply be boring, “boring” here meaning that it might well be a competent, even brilliant, series of episodes, but that it’s still nothing we haven’t seen before, still Doctor-Who-as-usual. Chris Chibnall is accomplished enough a writer and showrunner for us to be confident that there’s no great danger of Series 11 being bad. I don’t think the man who made Broadchurch and Born and Bred is capable of writing bad television, or at least a whole series of bad television.

Or Chibnall could surprise us all and bring back Doctor Who this year as if it had been away for 16 years, not one.